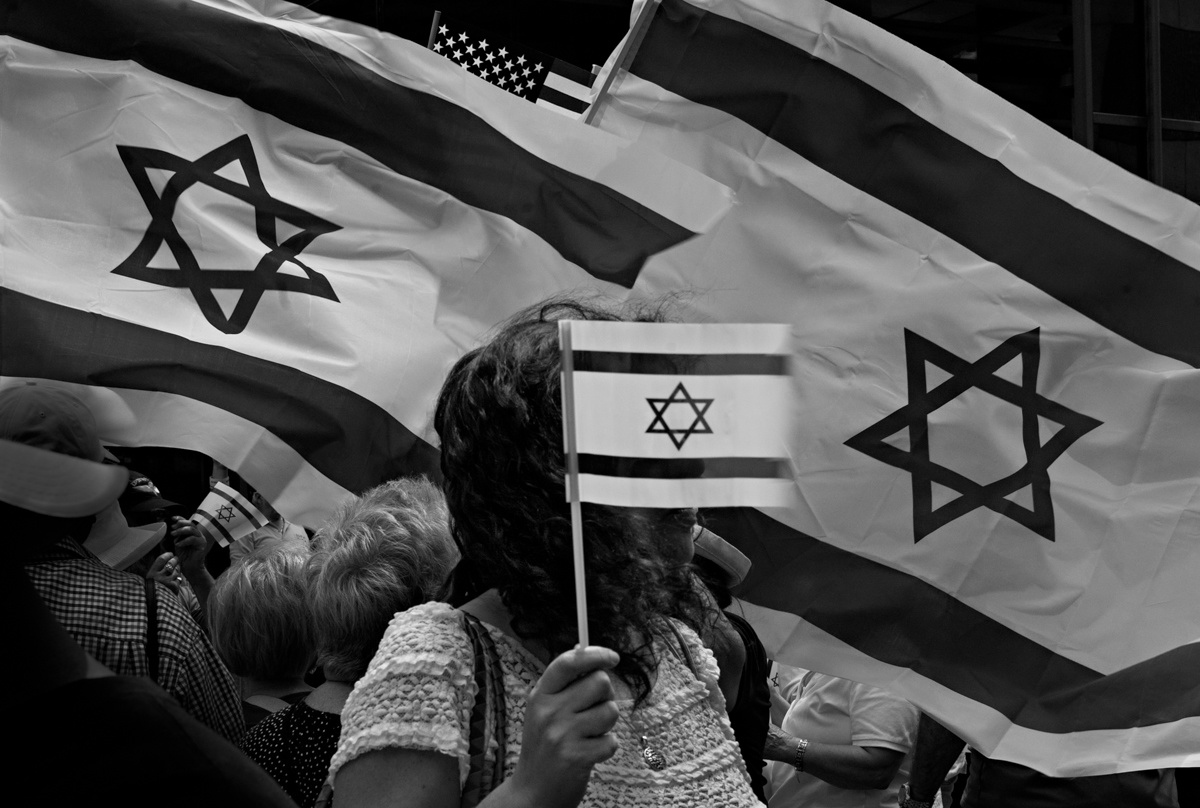 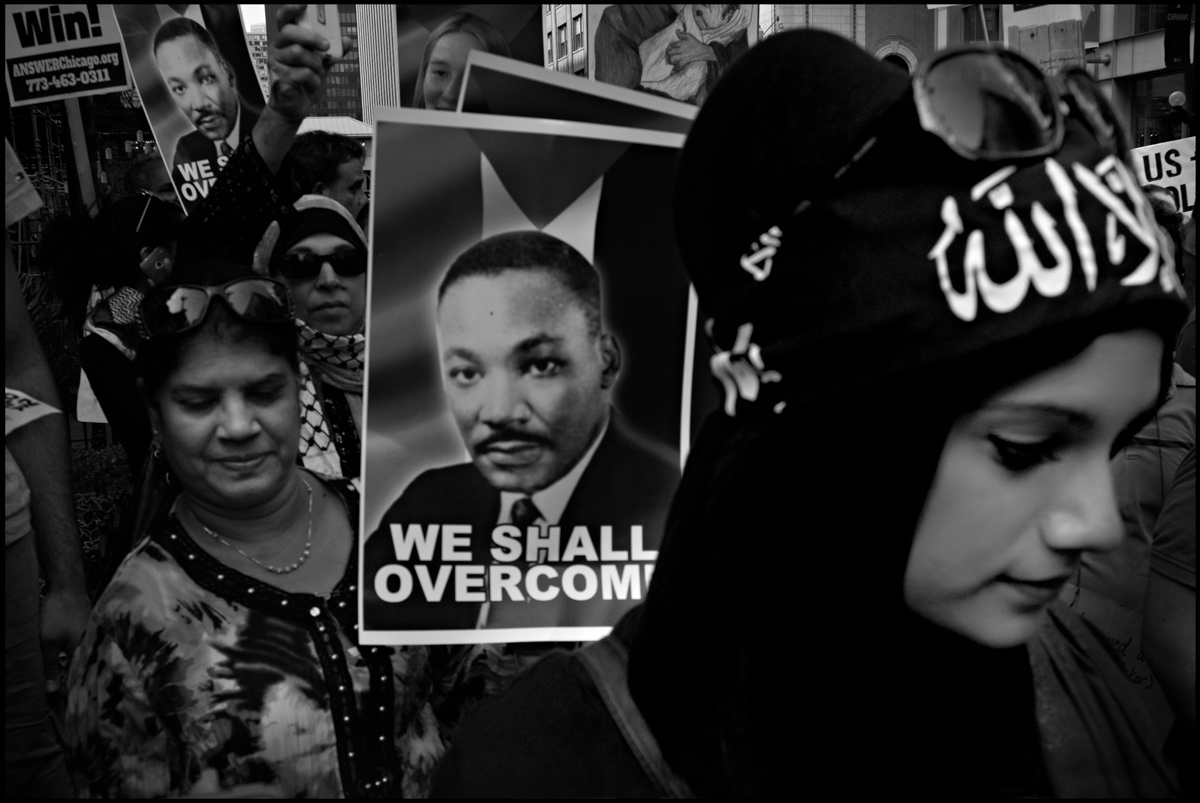 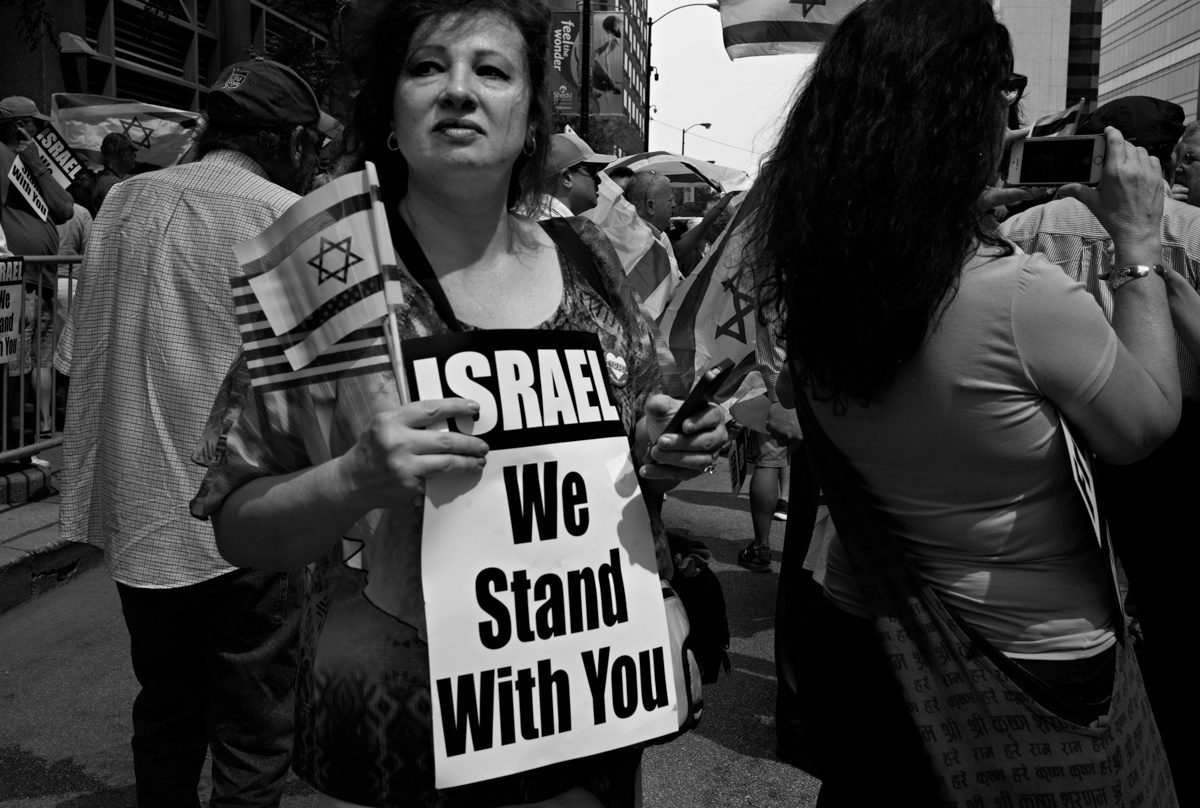 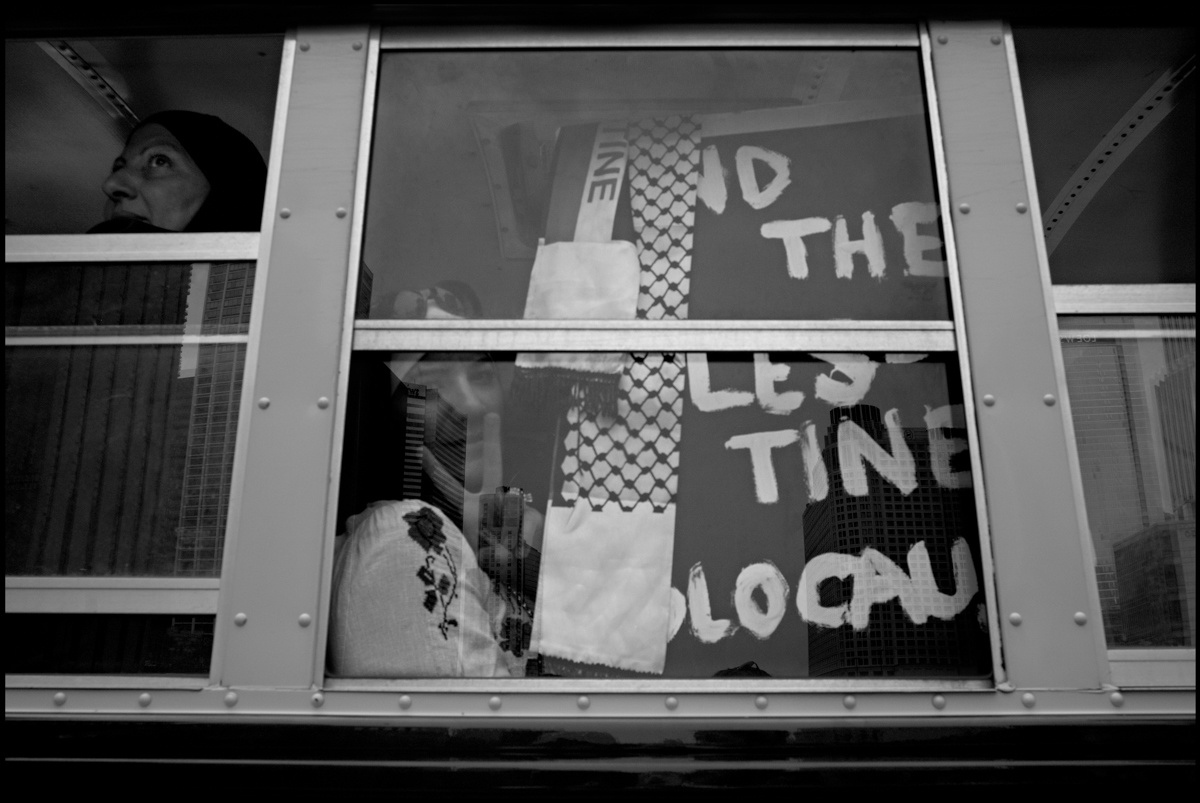 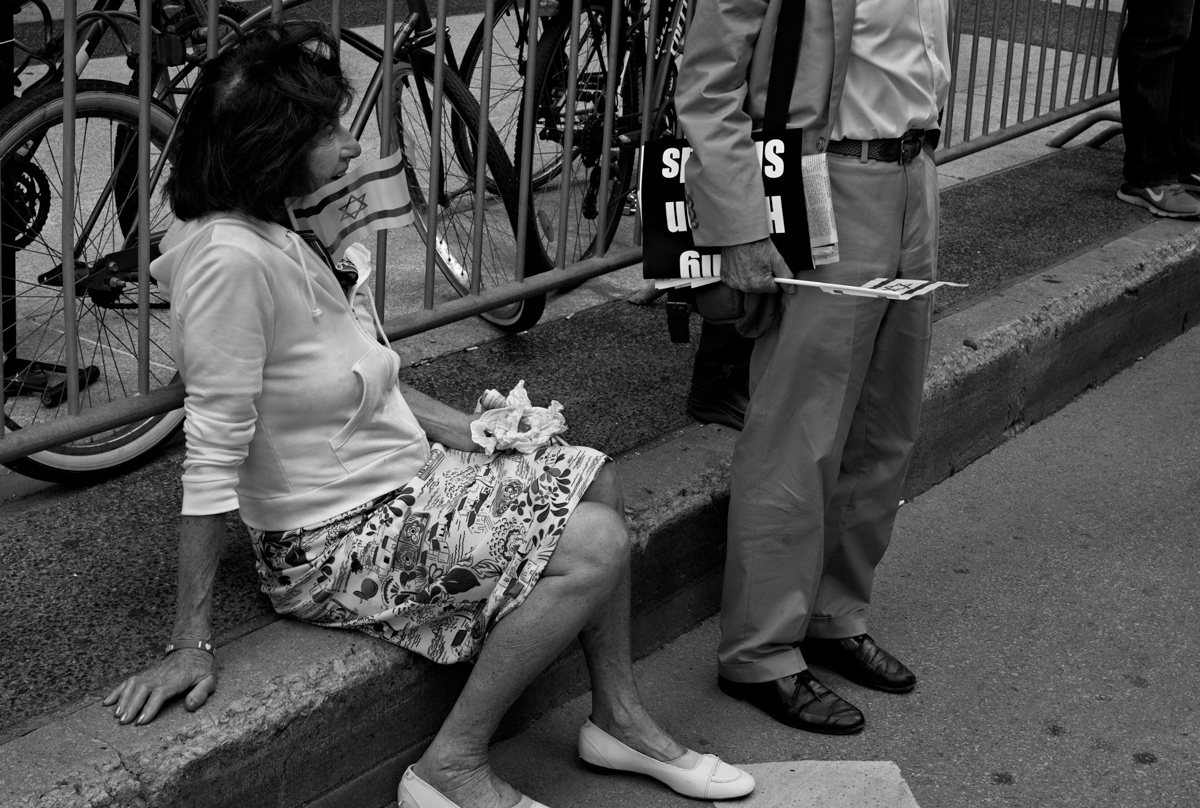 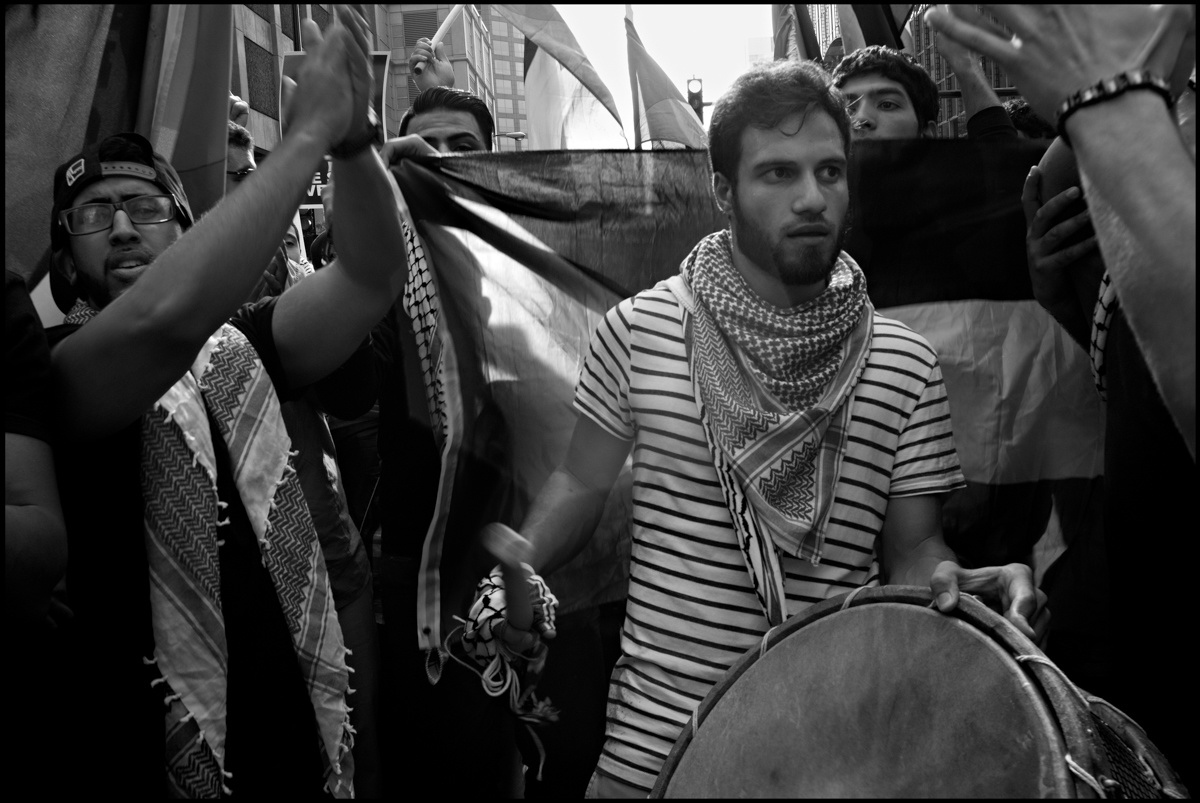 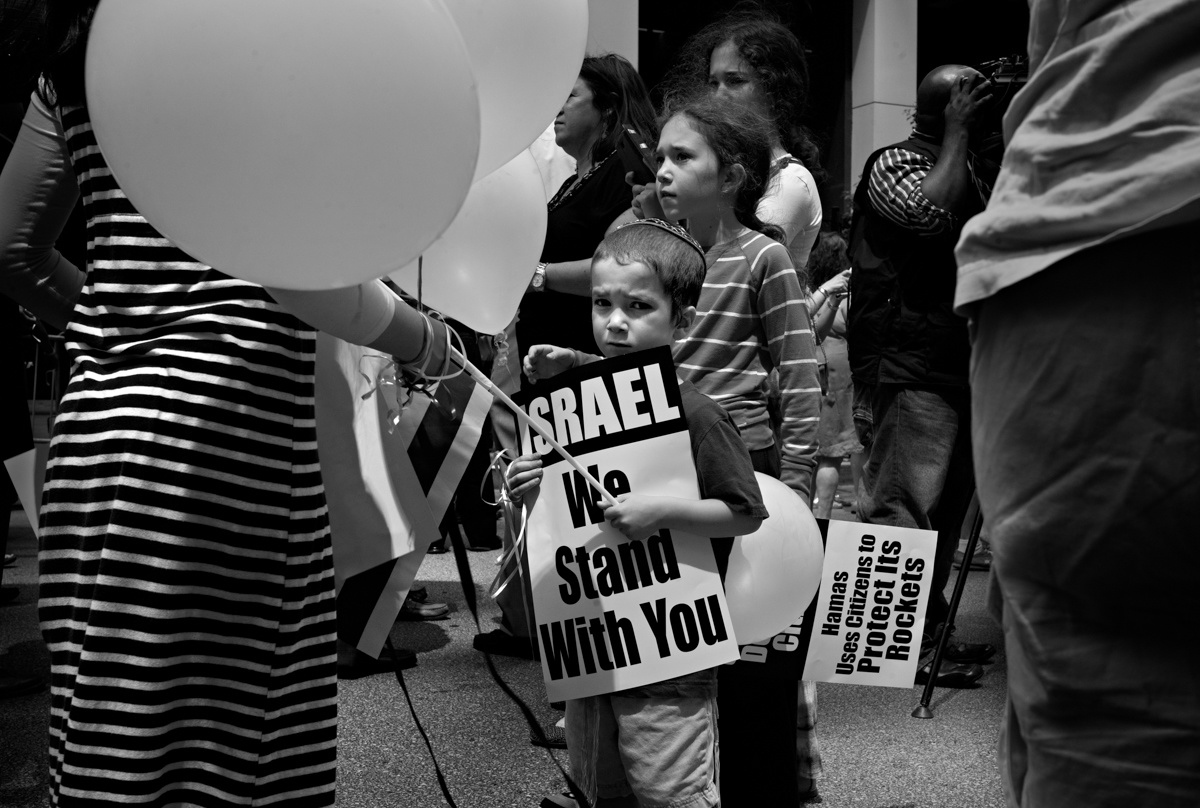 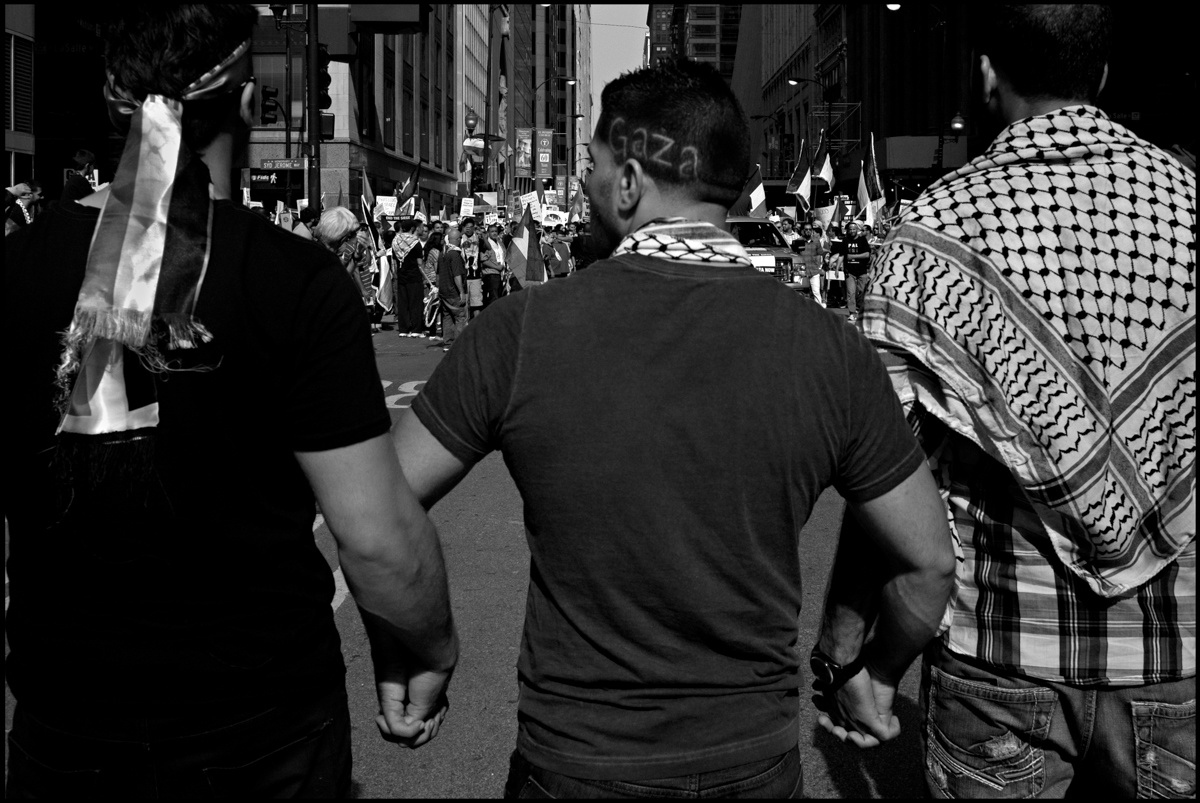 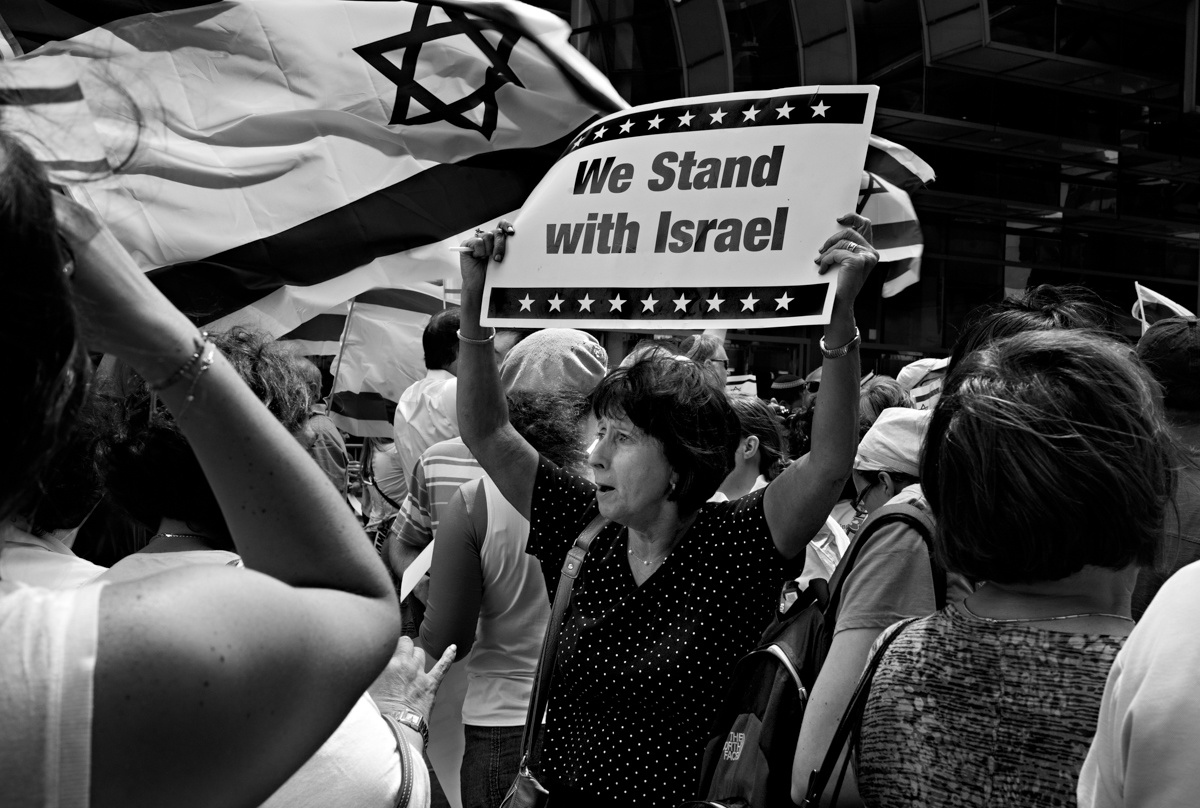 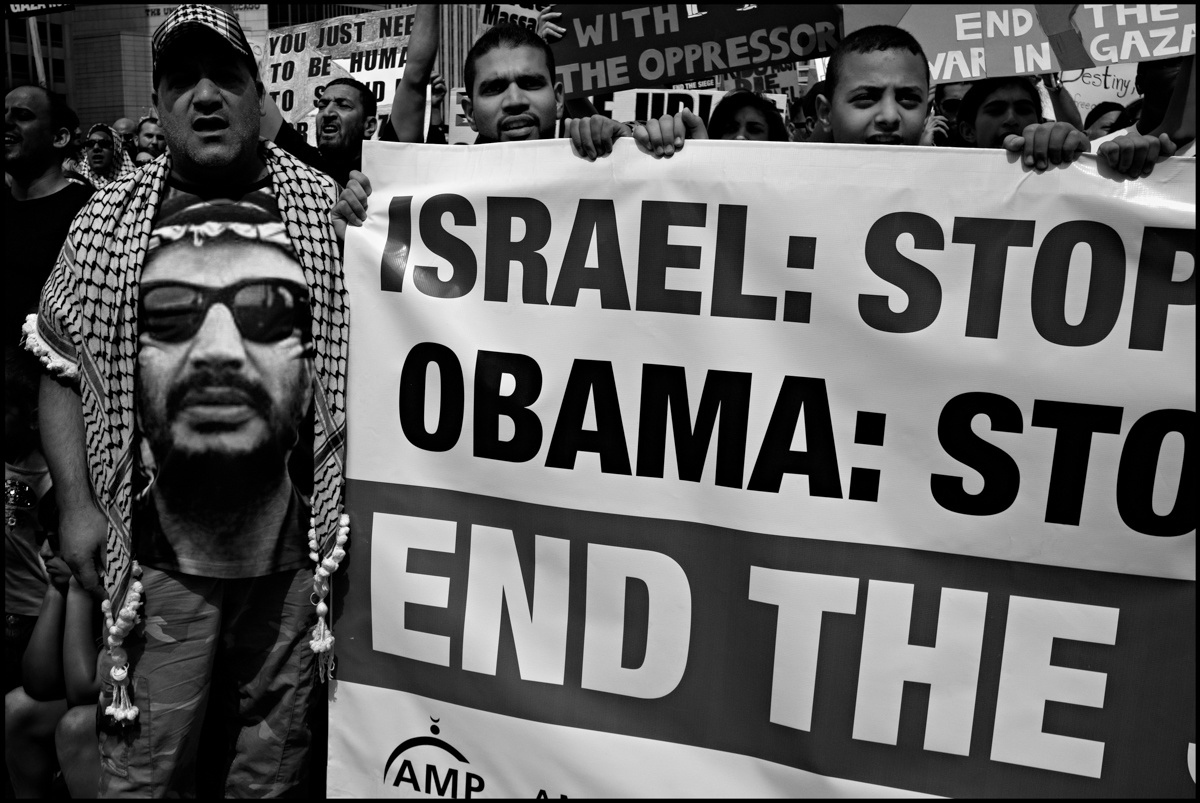 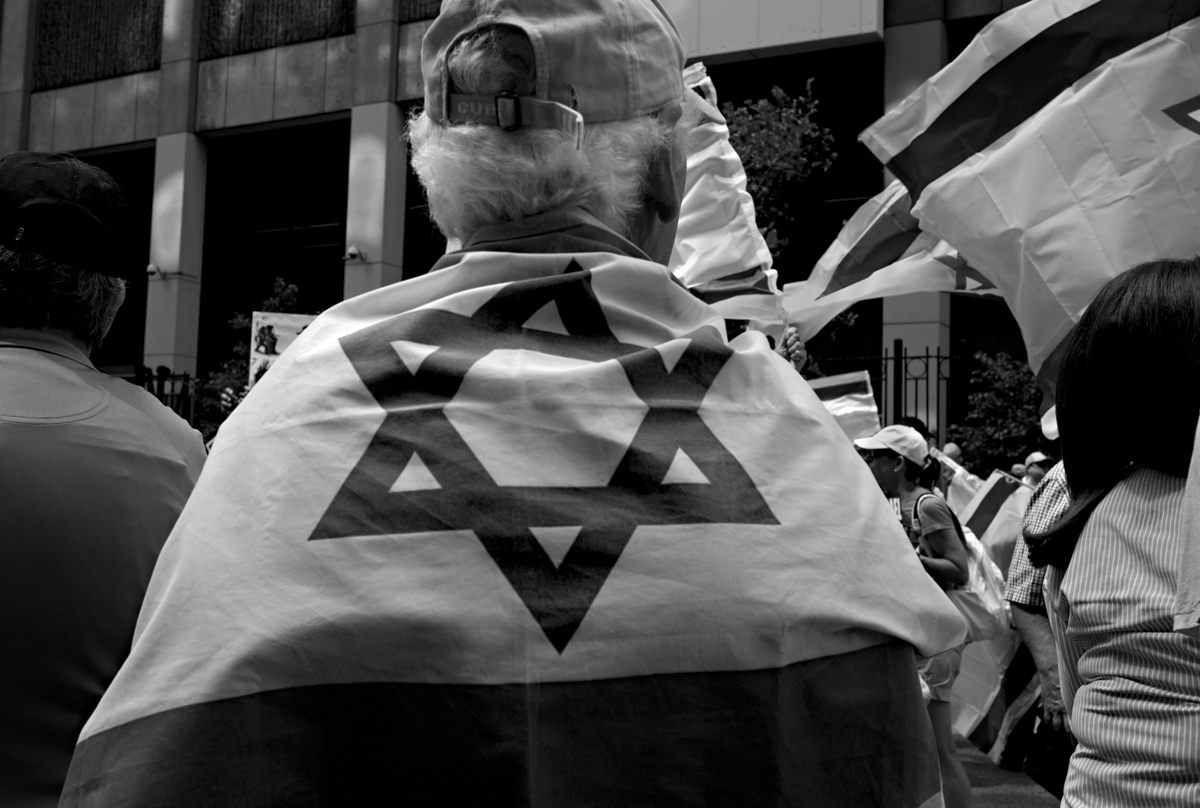 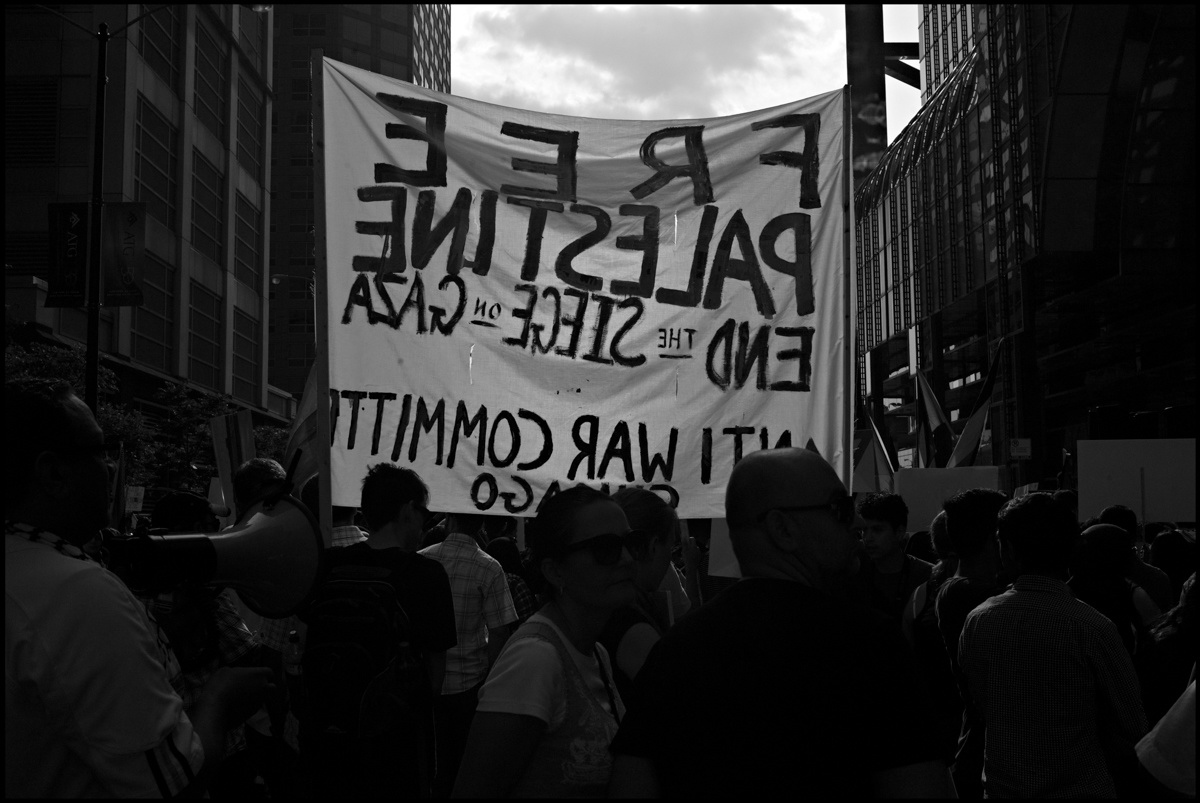 Once again in July of 2014, the Israelis and the Palestinians fought each other in Gaza. The Israelis conducted air strikes and other military operations while the Palestinians lobbed missiles in return. Rallies in support of each side occurred in cities around the world including in Chicago. I attended multiple rallies in Chicago trying to see and understand the motivations by these participants.

One thing I noticed was the difference in signage. The Israel supporters had, mostly and perhaps only, nicely printed signs containing various pre-printed messages of support. By contrast, the Palestinian supporters held mostly homemade signs with hand written slogans and makeshift effigies of various nature. While participants from both sides waved their respective flags, the American flag was also prominently displayed. Most, if not all, participants lived in the city of Chicago and/or its suburbs, so it was not surprising to see the American flag present.

One notable moment took place during a time both participants came upon each other, on either side of a street, and began shouting. The Israel supporters shouted: "Terrorists go home" and the Palestine supporters shouted "Racists go home". I went back and forth between the two camps photographing the mutual verbal assault and could hear the internal discussions going on as to what slogan to shout next. It was then that on the Palestinian side, one young man asserted that the pro-Israelis probably lived in or around the Skokie area- and suggested that they no longer shout slogan about them going home as their home was not even an hour away.

Going to the pro-Israeli side, there was a similar epiphany when one participant noted that the pro-Palestinians most likely lived in the suburbs as well and so their home wasn't too far away either. One older Jewish gentleman laughingly concluded: "We are all home already!"

They both continued their verbal assault towards each other until they began to dispurse but the shouts of "go home" was less prominent.